ISO 21716 provides a compilation and description of in vitro bioassay methods that can be useful for the toxicological screening of anti-fouling paints. Toxicological screening tests included in this document can be used for such purposes as early decision-making in research and product development, rapid feedback on potential toxicological concerns, or for the preliminary assessment of anti-fouling paints. ISO 21716 provides screening bioassays related to certain common genera of fouling organisms, namely barnacles, mussels and algae.

This part of ISO 21716 describes a laboratory test method for screening anti-fouling paints in a flow-through system using mussels as the test organism. Young mussels, Mytilus galloprovincialis, are recommended. Other mussel species may be used if Mytilus galloprovincialis is not available. The purpose of the test is to determine if there is a difference in mussel settlement on painted test panels compared with mussel settlement on inert non-toxic control panels under the conditions of the test. Statistical treatments may be applied to determine if the difference in barnacle settlement is statistically significant. 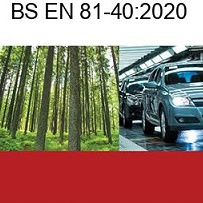