This standard PD IEC/TR 60977:2008 Medical electrical equipment. Medical electron accelerators. Guidelines for functional performance characteristics is classified in these ICS categories:
IEC/TR 60977:2008 applies to medical electron accelerators when used, for therapy purposes, in human medical practice. This technical report applies to medical electron accelerators which deliver a radiation beam of either X-radiation or electron radiation with nominal energies in the range 1 MeV to 50 MeV at maximum absorbed dose rates between 0,001 Gy s -1 and 1 Gy s -1 at 1 m from the radiation source and at normal treatment distances between 50 cm and 200 cm from the radiation source. This second edition cancels and replaces the first edition published in 1989 and its Amendment 1 (2000). It constitutes a technical revision. This second edition likewise follows on the issue of a second edition to the disclosure standard IEC 60976 in 2007. It includes the addition of performance guidelines relating to several relatively new technologies introduced within the last few years, including dynamic beam delivery techniques, such as moving beam radiotherapy, intensity modulated radiation therapy (IMRT), image guided radiotherapy (IGRT), and programmable wedge fields (PWF). Also included are stereotactic radiotherapy (SRT)/stereotactic radiosurgery (SRS) and the use of certain electronic imaging devices (EIDs). 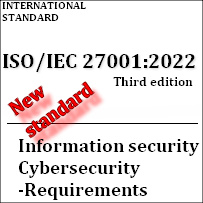